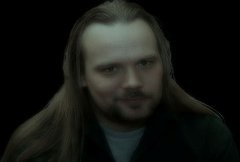 Image: "It was a Long Day" by Bart

Apparently normal parts (ANP) are the rational, present-oriented, and grounded parts of the individual that handle daily life or, in the case of dissociative identity disorder (DID) and so multiple ANP, aspects of daily life. The jobs of the ANP include social interaction and attachment, taking care of others, work, play, exploration, learning, and taking care of physical needs.

Because ANP cannot properly integrate the traumatic materials contained by the EP, they are often highly phobic of and avoidant towards reminders of their trauma or further stress that could activate EP and so activate traumatic or symptomatic intrusions. These avoidant behaviors can involve amnesia, anesthesia (insensitivity towards or loss of certain sensory input), or limiting the ANP's range of emotions or numbing their emotional intensity. These avoidant behaviors can drain mental energy and allow for depression, anxiety, or chronic feelings of hopelessness, shame, guilt, or rage.

Particularly desperate ANP might engage in self harm or use psychogenic substances in attempts to forcefully tether themselves to the present and prevent EP from intruding. It is likely that emotionally disconnected ANP will struggle to form meaningful relationships with others and will have a poor grasp of their own physical and emotional needs. However, the ANP has a need to appear high functioning and may find it easier to avoid all potentially triggering situations and actions, including those relating to attaching to and trusting others, and throw themselves into work or other non-reflective activities.

For those with primary structural dissociation, the ANP is the main part of the personality and more closely represents the personality that existed before the trauma or stress* triggered structural dissociation of the personality. The ANP is not exactly the individual who existed before because the presence of the above disorders by necessity involves a change of some sort in the individual experiencing them. When posttraumatic stress disorder (PTSD) is the result, the ANP will experience negative alterations in cognition and mood that may vary in severity according to the individual's general resilience and the amount and nature of the trauma experienced. As well, the ANP may suffer from the complications explained above.

For those with tertiary structural dissociation, there are multiple ANP that each handle different aspects of daily life. For example, one ANP might be the host and handle school, relationships, and work. Another ANP might be better at relationships and so assist the first in that regard either knowingly or unknowingly (some believe that ANP always lose time when they switch with each other and are not aware that they are not each other; for some with DID, this may be true) while another might help with a specific subject matter in school or aspect of work. Another ANP might handle the system's family of origin or help to take care of dependent children. Individuals with DID do not have a single ANP that accurately reflects who they would be as a fully integrated personality.

Emotional parts (EP) are the parts of the personality that represent the dissociation or that contain the traumatic materials (memories of the trauma, internalized beliefs and perceptions, learned responses, etc). EP are often drawn forth by reminders of the trauma and may not experience much of everyday life. Because of this, they might be far less developed than ANP.

For those with primary structural dissociation, the EP may be limited to direct results of the trauma. For example, EP are experienced as various aspects of dissociative flashbacks and are often unaware of the present when active. They might be experienced as emotions such as fear, anger, disgust, self hatred, or guilt. They might engage in defensive, offensive, or trauma-related actions such as trying to fight, run, or submit in the face of real or perceived threats or might constantly reenact elements of the trauma such as engaging in compulsive sexual behavior as a response to sexual trauma. Often, these elements will be combined in various ways to result in the survivor as an EP feeling completely overwhelmed and disconnected from the individual's objective reality.

For those with secondary structural dissociation, there are multiple EP that hold different traumatic materials and are  more developed than are the EP present in primary structural dissociation. Though those with C-PTSD experience their EP in a very similar way to those with PTSD, EP are more related to attachment for those with BPD. EP in those with other specified dissociative disorder subtype 1 may present as any of the above described EP or may mimic the fully developed and differentiated EP of dissociative identity disorder.  EP may be triggered out by otherwise benign stimuli that gradually became associated with trauma or abuse. Because of these less directly traumatic associations, some EP in secondary structural dissociation may handle some daily life functions such as exploration or play. Many of these EP present or perceive themselves as children and do not actually handle daily life well.

In some cases of dissociative identity disorder, some alters may be neither apparently normal nor emotional parts but a combination of both. This phenomenon is often associated with severe childhood trauma and can indicate that the trauma began at a very young age or that the trauma bled over into daily life in such a way as to prevent the normal differentiation between apparently normal and emotional parts. Parts may be more like either apparently normal parts or emotional parts, and some parts may still fit into the neat dichotomy entirely, but such systems might also have more blended parts. For example, there might be traumatic identity states who are mature, are capable of remaining rational and grounded, and have full access to their memories of the traumas that they experienced or have neutral identity states who struggle with intense emotions, both negative and positive PTSD symptoms, and have some degree of memory for what the traumatic identity states experienced (even if this knowledge of their history is inconsistent or mostly intellectual instead of emotional). This could even be thought of as a type of quaternary structural dissociation in which individual parts have their own internal ANP and EP states. Systems with these less defined boundaries are thought to struggle more than more traditional DID systems because their ANP are less able to separate themselves from the trauma and so present as normal.

*Stress alone or in combination with genetics is not enough to cause PTSD; that requires trauma. However, stress or other mental illnesses combined with a genetic predisposition or susceptibility to dissociation might result in dissociative disorders such as depersonalization/derealization disorder. In such cases, the ANP might be far stronger and more closely represent the individual as they might be were they to have a fully integrated personality.