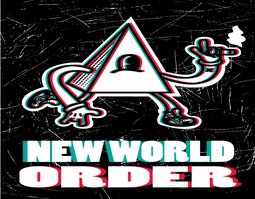 Satanic ritual abuse (SRA) is described as severe physical, sexual, and psychological abuse associated with Satanic cults and ritual worship; extreme violence and torture; child abuse of multiple victims by multiple adult perpetrators who may themselves by victims; and deliberate and sophisticated indoctrination and brainwashing (Becker & Coleman, 1999)1. Reports of SRA have involved secret multigenerational Satanic cults that form an international network; illicit drugs; ritual sacrifice and murder; Satanic symbols; the observance of Satanic holidays; forced impregnation; and the involvement of high-ranking members of society (Ross, 1995)2. SRA is often associated with dissociative identity disorder (DID) (Becker & Coleman, 1999; Ross, 1995; Robinson, 2009)1,2,3 by those who believe that SRA is a widespread social ill, by those who believe that SRA is the most blatant proof of the danger of so-called "False Memory Syndrome," and by those whose opinion lies somewhere in-between.

The Satanic ritual abuse panic describes a period in the 1980s and early 1990s during which reports of SRA were epidemic and many social workers, therapists, police officers, and conservative Christians were taken in by these claims. While the panic began in America, similar claims started originating from other English speaking countries such as Canada, England, and Australia as well (Robinson, 2009)3. Claims grew until it was eventually said that tens of thousands of people were involved in SRA in North America alone and that thousands of ritual human sacrifices were occurring per year (Ross, 1995)2. The sheer impossibility of and lack of tangible support for such claims led to a change in public and professional opinion by the early 2000s. Many individuals who were once convinced that they had survived SRA have since sued their therapists for giving them these beliefs (Robinson, 2009)3.

Now, SRA claims are attributed mostly to false memories that resulted from suggestive and largely discredited recovered memory therapy, suggestive child interrogation techniques which have since been replaced by more reliable methods, and prejudice against certain religious groups (Robinson, 2009)3. As well, it has been suggested that it was financially profitable for some individuals to push the SRA narrative. Kenneth Lanning, an FBI expert on the sexual victimization of children, concludes that "Satanic and occult crime and ritual abuse of children has become a growth industry. Speaking fees, books, video and audio tapes, prevention material, television and radio appearances all bring egoistic and financial rewards" (Lanning, 1992)4. SRA also offers an appealing explanation and excuse for sexual abuse, putting the focus on abuse by strange Satanic "others," simplifying abusers to all-bad and victims to all-good, and allowing communities to avoid facing that anyone could be an abuser (Lanning, 1992)4.

By the mid to late 1990s, even many professionals in the field of trauma and dissociation were vocalizing doubts about the validity of SRA as it was being described by both "true believers" and skeptics. For example, Colin Ross has professed a belief that a large majority of memories of SRA are false and that any truthful elements are due to "distorted recall of childhood participation in small Christian cults; small, isolated Satanic groups; deviant elements of the Ku Klux Klan; pornography; or other forms of abuse that a child could misinterpret as Satanic" (Ross, 1995)2. Possible causes for completely false memories of SRA include urban legends and panic over rumors spreading the basic themes; hysteria spread by Christian fundamentalists reinforcing and exaggerating these themes; psychosis, delusions, or drug induced hallucinations leading to individual patient's reports; and patients lying due to factitious disorder and/or malingering (which allows them to then turn around to sue their treating professional for "causing" their "false memories")(Ross, 1995)2.

Similar explanations have been given by Lanning: pathological distortion or errors in processing reality, possibly due to dissociation, to confusing fiction for reality in order to mentally escape from abuse, to attempting to rationalize abuse by attributing it to the work of Satan, or to an inability to process extreme abuse in any other way; false memories as a result of interpreting dreams literally, substance abuse, hearing or reading about similar accounts happening to someone that the individual emotionally identifies with, seeing such accounts through film or television, or unethical hypnosis; normal childhood fears and fantasy; deliberate confusion and trickery by abusers; contamination of memories or pressure to accept alternate versions of events by intervenors and investigators; urban legends and mass hysteria; or factitious disorder or malingering (1992)4.

According to Dutch researchers Onno van der Hart, Suzette Boon, and Olga Heijtmajer Jansen, "Dutch clinicians increasingly have gotten the impression that many of these so-called SRA groups are linked with syndicated child-sex rings ... and other forms of organized crime. SRA activities seem to be a screen-- evoking disbelief among law enforcement agencies and other parties when reported-- as well as a means to ensure loyalty in victims, which is accomplished by instilling terror and guilt" (1997)5. These concerns are shared by US law enforcement. Lanning expresses that not only might some child abusers introduce ritualistic aspects in order to control and manipulate the child and to confuse the justice system, it would be a very effective strategy. However, it would not make the abuse SRA even if the ritualistic aspects were Satanic in nature, and to erase this distinction could have grave consequences. Lanning admits to being "outraged that, in some cases, individuals are getting away with molesting children because we cannot prove they are satanic devil worshipers who engage in brainwashing, human sacrifice, and cannibalism as part of a large conspiracy" (1992)4. When the media chooses to focus only on the most sensationalistic types and aspects of child abuse, many genuine cases of child abuse, whether they include such aspects or not, are ignored.

During the Satanic ritual abuse panic, many innocent people were accused of crimes that they never committed, and the false allegations were and are still used as an excuse to ignore and discredit legitimate accounts of child abuse, especially those involving repressed memories, DID, or religious or ritualized abuse. There's reason to believe that often quoted numbers of false allegations have been grossly inflated by certain individuals, often in the name of sensationalism. Many of the allegedly false cases of Satanic ritual abuse, such as the cases involving the Kellers and Frank Fuster, are associated with strong evidence that sexual abuse had occurred and were actually prosecuted on these grounds. The Satanic-based panic was driven largely by media frenzy and rare cases such as the McMartin preschool case in which the original allegations were expanded to include many innocent individuals, but it should be noted that even the McMartin case involved clear evidence of the sexual abuse of at least three children. In this way, the Satanic scare damaged both those adults who were falsely accused and those children whose abuses were ignored because of the fantastical elements introduced to their cases and because of public backlash to certain types of abuse whether they included anything remotely ritualistic or not. Dozens of cases that had nothing to do with SRA were pegged as being similar to the McMartin case and were dismissed accordingly. In many ways, the Satanic ritual abuse panic contributed to the way in which child abuse is ignored, downplayed, or disbelieved today (Cheit, 2014)6.