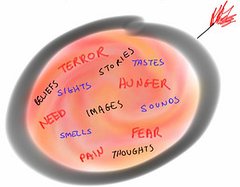 Who recovers memories of trauma, and what triggers these memories?

One reason that the public has such a negative view of recovered memories is the stereotypical image of those who recover memories, an image that is encouraged by organizations such as the False Memory Syndrome Foundation. The stereotypical individual with recovered memories is a suggestible woman who has significant emotional pathology (Birrell & Freyd, 2004) and who recovered memories of Satanic ritual abuse or other extreme sexual traumas through therapeutic practices of questionable validity, such as hypnosis. Additionally, this process of memory recovery is often framed as occurring during the so-called Satanic ritual abuse panic of the 1980s and subsequent memory wars of the 1990s (Patihis and Pendergrast, 2018a). However, there is a large gap between the stereotype and the reality.

4% of all Americans and 11.3% of those in therapy report having recovered memories of child abuse at some point during their lives (Patihis and Pendergrast, 2018a). In one community sample of 505 adults, 72% had experienced trauma, and 23% had temporarily not had conscious access to traumatic memories (Elliot, 1997). Men and women are equally likely to report having recovered memories of abuse, and there was only a moderate increase in reports of recovered memories during the 1990s compared to surrounding decades. Memory recovery can happen over the course of any type of therapy (e.g., attachment therapy, cognitive behavioral therapy, marriage counseling). Around one-third of individuals recover memories outside of therapy, one-third within therapy, and one-third both inside and outside of therapy sessions (Patihis and Pendergrast, 2018a). The same is true in the UK, where one-third of therapy clients who recovered memories did so prior to entering therapy, and less than one-fourth of cases described recovered memories that only emerged after the use of memory recovery techniques (Andrews, Brewin, Ochera, & Morton, 1999). In contrast, one study found that 68% of those with recovered memories sought therapy because of the emerging memories (Herman and Harvey, 1997).

Most often (in 48% of cases), the return of traumatic memories is triggered by reminders of the trauma, such as returning to the neighborhood in which the trauma occurred or the death of an abuser. Life milestones or crises are another common trigger (relevant in 40% of cases) (Herman and Harvey, 1997). Other common triggers of memory recovery include seeing media that reminds one of their trauma, experiencing a similar trauma, or conversations with family (Elliot, 1997). Only 20% of cases involve an altered state of consciousness, such as hypnosis or dreaming (Herman and Harvey, 1997), and an even smaller percentage of recovered memory cases are associated with guided imagery (9%), social contagion within a survivor support group (7.4%), or dream interpretation (2.5%). Most memories are recovered through flashbacks (39.3%) (Patihis and Pendergrast, 2018a) which first occur at home (Chu et al., 1999).

What types of trauma do recovered memories typically involve?

What evidence is there for the validity of recovered memories of abuse?

Unfortunately, recovered memories of abuse, particularly sexual abuse, are met with increased skepticism. The False Memory Syndrome Foundation was created to argue that severe childhood trauma is always remembered (Cheit, 1998; Pope, 1998), and similar views have been expressed by professionals such as Ofshe, Holmes, Gardner, and, more inconsistently, Loftus (Cheit, 1998; Gleaves, 1996; Herman & Harvey, 1997). This, of course, does not fit the data. Between 19% (Loftus, Polensky, & Fullilove, 1994) and 59% (Breire & Conte, 1993) of trauma survivors report having had completely inaccessible trauma memories for some amount of time. Clinical samples range from 33% to 37% for partial amnesia and 27% to 47% for complete amnesia, national samples range from 30% to 52% for some degree of amnesia, and one study of Japanese students found an amnesia rate of 68%. When looking specifically at survivors of childhood sexual abuse, samples of college students can return figures as low as 14% to as high as 38% (DePrince et al., 2012). Loftus et al. (1994) found that 12% of survivors of childhood sexual abuse report partial amnesia. For survivors of any type of crime who are seeking therapy, 17% to 36% report partial or moderate amnesia, and 16% to 28% report complete or severe amnesia (Herman and Harvey, 1997; Herman and Shatzow, 1987).

Of course, the major question is not how many people report recovered memories of abuse but instead how many people report accurate recovered memories of abuse. Here, the data is still in agreement. A large minority of individuals with confirmed cases of abuse report partial or complete amnesia for the abuse. Of individuals with confirmed histories of sexual abuse, reports of complete amnesia range from 10.8% (Goodman et al., 2003) to 47% (Herman & Harvey, 1997). 16% of female survivors of medically-documented sexual abuse studied by Williams (1994) reported a period of amnesia for their abuse, and their interviews were overall “remarkably consistent” and did not differ from the interviews of survivors with continuously accessible memories. Factors that make survivors of court-documented sexual abuse less likely to report the abuse include the abuse having occurred before age 5, reduced maternal support, and dissociation (Goodman et al., 2003).

Additionally, many individuals with recovered trauma memories can find corroboration for their memories. In one study, 57% of cases involving partial amnesia for trauma and 36% involving complete amnesia for trauma were corroborated; examples of corroborating evidence included another individual reporting being abused by the same abuser (52%), someone else confirming the abuse (43%), the abuser confessing (13%), or official (12%), court (9%), or medical (6%) records confirming the abuse. 34% of cases with corroboration involved multiple types of corroboration (Andrews et al., 1999). Corroboration rates are not significantly different between survivors who have continuously had access to their trauma memories and those who have had amnesia for their trauma. These rates range from 46% for survivors who have never had traumatic amnesia and 36% for those who have (Herman and Harvey, 1997) to almost three-fourths of all survivors regardless of whether or not the survivor has experienced traumatic amnesia (Herman and Shatzow, 1987). In Chu et al. (1999), 89% of the 19 women who attempted to find corroboration for their previously completely inaccessible memories of childhood sexual abuse were able to do so, as were 93% of the 14 women who sought corroboration of their recovered memories of physical abuse. Stoler (2001) found higher rates of corroboration for temporarily inaccessible (86%) compared to continuously accessible (46%) memories, which was explained as an artifact of those with recovered abuse memories being more likely to seek external confirmation of their memories. Many examples of corroborated recovered memories can be found at the Recovered Memory Project (Cheit, 1998; www.recoveredmemory.org). That said, the context in which the memories were recovered does matter. A study by Geraerts et al. (2007) found that 45% of survivors with continuous memories, 37% of survivors with temporarily inaccessible memories, and 0% of those who had recovered memories through suggestive therapy were able to obtain corroboration for their memories.

Why are some recovered memories more trustworthy than others?

Most trauma therapy is not suggestive. Although new details or memories related to trauma may emerge over the course of therapy, most trauma therapists do not actively encourage this. In general, trauma therapy focuses on systematic exposure and desensitization to already accessible traumatic memories (DePrince et al., 2012). However, in a minority of cases, therapy may rely heavily on so-called “memory recovery techniques” such as hypnosis, and this may create traumatic “memories” where there were none before (Chu et al., 1999; Loftus, 1993; Lindsay & Read, 1995; Patihis & Pendergrast, 2018a). Additionally, even genuine trauma memories can be distorted by therapeutic, social, or media influences (Loftus, 1993; Strange & Takarangi, 2015). When misleading or incorrect information is repeated when questioning an individual about their memories (for example, if a therapist or legal investigator repeatedly fishes for specific answers), 15% to 30% of individuals are vulnerable to incorporating this false information into their memories. This is true even for individuals with generally good memories and even when the event in question was stressful or potentially traumatic (Patihis & Pendergrast, 2018a). Entirely false memories of trauma are possible, and using hypnosis, guided imagery, or dream interpretation to aid recall can increase the risk of creating false traumatic memories. Internalizing the traumatic histories of close friends, support group members, or media figures is also a risk for some individuals. It is thought that individuals falsely incorporate details or entire narratives provided by others due to a failure in source monitoring; instead of being able to recognize the information as something external, the individual retrieves it as (part of) their own traumatic memory (Chu, Frey, Ganzel, & Matthews, 1999; Lindsay & Read, 1995; Loftus, 1993; Patihis & Pendergrast, 2018a). That said, the core features of a memory are less likely to change due to external influence than are specific details (Herman & Harvey, 1997; Veldhuis & Freyd, 1999).

The official stance of the American Psychological Association (n.d.) and of many trauma researchers (Connolly & Read, 2007; DePrince et al., 2012) is that it is possible both for an individual to temporarily be unable to access genuine traumatic memories and for an individual to have memories of trauma, recovered or otherwise, that are partially or entirely incorrect. Even many researchers who were previously known for arguing against the possibility of accurate recovered memories now acknowledge the abundance of evidence that traumatic memories can be temporarily partially or completely inaccessible and later be more or less accurately recalled (DePrince et al., 2012). That said, research is ongoing. Establishing how often traumatic memories, recovered or otherwise, are accurate is important for determining the best therapeutic practices and legal policies. Additionally, statistics about recovered memories in general say nothing about the accuracy of individual cases, which is what matters most to those who recover traumatic memories and to those who support them. Confirming what factors make memories less likely to be accurate and what signs might indicate that a memory is less accurate are important to judging individual cases in the absence of external corroboration.

Gleaves, D. H. (1996). The evidence for "repression": An examination of Holmes (1990) and the implications for the recovered memory controversy. Journal of Child Sex Abuse, 5(1).