The term "false memories" was coined to describe memories of events that never occured. It was first used by Elizabeth Loftus while attempting to generalize findings about false memories of being lost in a mall to recovered memories of childhood sexual abuse (Pezdek & Freyd, 2008)1.

A false memory can also refer to any memory that is significantly inaccurate. However, this latter definition can cause confusion when it's used to apply findings of normal mistakes in memory to arguments about cases of recovered memories (Freyd, 1996)2. For example, some individuals apply the term "false memory" to studies that utilize the Deese, Roediger, and McDermott paradigm. These studies present lists of related words and then ask participants if related but not presented words were included. Previously, false endorsement of these items would have been attributed to intrusion errors, commission errors, or false alarms (Pezdek & Freyd, 2008)1. Labeling them support of false memories may greatly confuse the issue. There are important differences between remembering individual words and remembering entire episodes. There are also extremely important differences between remembering words that are strongly related to presented words and remembering incidents which are allegedly (according to false memory syndrome proponents) entirely unrelated to anything that the individual actually experienced. If an individual was abused throughout their childhood and later falsely remembered experiencing abuse closely related to that which they experienced, it would not be productive to label this a "false memory" due to the political nature of the term, yet it is this that more closely matches what such studies find. However, these studies are often misinterpreted and misrepresented, especially by the media, as support of the more common use of the term "false memory;" that is, of support that entirely false memories can be constructed (Freyd, 1996)2.

Another case of research being misapplied to "support" the existence of entirely fabricated memories is the idea that 90% of individuals will confess to a crime which they did not do if told that someone saw them do it. Individuals such as Loftus have represented the study behind this idea as somehow applying to false confessions of childhood sexual abuse. The actual study was about pressing the wrong key on a computer and damaging it. There is a huge difference between believing that one may have accidentally damaged by a computer by pressing a wrong key, which many people can some extent relate to, and somehow being lead to falsely believe that one sexually abused their own child for years. That this study has been used to argue that individuals who admitted to abusing children are suffering from false memories is highly questionable (Freyd, 1996)2.

However, this is not to imply that false memories never occur. Coercion can make one especially vulnerable to false memories, and several factors heighten this risk. Asking individuals to visualize the event and presenting the individual with a picture of the event context can both encourage the individual to falsely recall the event. However, this only holds true for events which are plausible. Asking participants to visualize implausible events does not make them any more susceptible to false memories (Pezdek & Freyd, 20084)1.  For example, while it might be easy to convince someone that they went to Disney World three times while they were a child when they actually only went twice, it would be a lot harder to convince someone that they’ve been to the Middle East if they know that they’ve never left the country or have only visited Western countries!

In the same vein, most people are very reluctant to believe memories of abuse, even memories of abuse that were never forgotten. When actual repressed or dissociated memories of abuse begin to surface, the common reaction is to deny them and try to repress them again. Even those who really were abused find the memories extremely painful and are prone to denying or underplaying, not acknowledging, their trauma history. Those who had normal childhoods would have extreme resistance to the idea that their parents abused them or allowed them to be abused. No one wants to think that they lost so much innocence, so much safety, and so many loving relationships, especially not at young ages. It would be very unlikely for most people to accept false memories of abuse without the involvement of high levels of coercion.

There is a mistaken belief that memories of trauma are more likely to be "false memories" than are memories of daily life. There is also the mistaken belief that repressed / recovered memories are more likely to be false than are continuous memories, particularly regarding memories of trauma. In fact, memory accuracy and memory continuity are two different axes entirely, and neither is intrinsically related to the subject of the memory. Memories of sexual abuse have been found to be equally likely to be accurate whether recovered or continuous, and recovered memories of sexual abuse are no less consistent than continuous memories of sexual abuse. Furthermore, memories may be accessible or inaccessible at different points in one's life, and this may not always be acknowledged when labeling a memory as "recovered" versus "continuous." Finally, some but not other elements of a memory may be accessible at any given time. For example, behavior may show that learning has occurred even if the lesson has been forgotten (Freyd, 2012)3.

It should be kept in mind that any memory can have inaccuracies whether it is fundamentally true or not, and there are different ways for memories to be false. For example, memories of similar events are often combined to form one memory that represents but doesn't accurately depict all of the contributing memories. Memories are often constructed or partially reconstructed based on what others recount or based on additional information obtained, and the new memory may or may not match what actually happened. Planned actions or even dreams might be confused with taken actions. All of these are common and normal ways to experience false or partially false memories.

However, not all false memories are so benign. Some people are easier than others to influence, and if these individuals are put under enough pressure or have enough reason to do so, they might adopt memories that never happened in any form, even false memories of abuse. These individuals tend to be highly fantasy prone, very susceptible to hypnosis, and desperate to please others. Despite what some may believe, these individuals are not exceptionally common, and they are not by any means synonymous with individuals with repressed memories or with dissociative identity disorder (DID). There is evidence that at least some repressed memories are valid.

That said, it's important to keep in mind that individuals who have suffered from false memories, usually because of coercion from therapists or inpatient units, do exist, are not to blame for what to them was likely a traumatic experience in of itself, and deserve compassion. Perhaps the most well known case of an individual who was falsely lead to believe that she had survived extreme trauma is Jeanette Bartha, who was also coerced into believing that she had DID. Bartha understandably became a strong and vocal supporter of false memory syndrome and the False Memory Syndrome Foundation, though she has in recent years shown more willingness to concede that at least some cases of recovered memories and DID are genuine.

"[A] condition in which a person’s identity and interpersonal relationships are centered around a memory of traumatic experience which is objectively false but in which the person strongly believes … the memory is so deeply ingrained that it orients the individual’s entire personality and lifestyle, in turn disrupting all sorts of other adaptive behavior. The analogy to personality disorder is intentional. False Memory Syndrome is especially destructive because the person assiduously avoids confrontation with any evidence that might challenge the memory. Thus it takes on a life of its own, encapsulated and resistant to correction. The person may become so focused on memory that he or she may be effectively distracted from coping with the real problems in his or her life" (as cited in Pope, 1997)4.

False memory syndrome is not recognized by the American Psychiatric Association (APA) nor included in the DSM-5 or ICD-10. Though proponents of false memory syndrome have blamed this on the APA's pro-recovered memory bias, researchers such as K. S. Pope question the empirical validity of FMS. 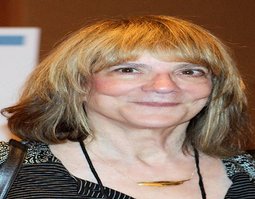 The false memory syndrome foundation is the main proponent of the idea of false memory syndrome. They do not believe that recovered memories are possible, nor do they believe in DID. They petitioned to have DID removed from the DSM-5, though the American Psychiatric Association did not accept their reservations because they failed to provide adequate support against the diagnosis. In a similar vein, the FMSF has never been successful in having false memory syndrome recognized by the APA or World Health Organization.

The FMSF was created with the view that recovered memories are never reliable. In 1992, they stated that "[p]sychiatrists advising the Foundation members seem to be unanimous in the belief that memories of such atrocities [as abuse] cannot be repressed. Horrible incidents of childhood are remembered" (as cited in Pope, 1997)4. However, their position has since evolved to more closely match that of experts such as Jennifer Freyd. Their website homepage now states that "[s]ome of our memories are true, some are a mixture of fact and fantasy, and some are false -- whether those memories seem to be continuous or seem to be recalled after a time of being forgotten or not thought about" ("False Memory Syndrome Foundation," n.d.)5.

Ironically, despite the false memory syndrome foundation repeatedly (and likely correctly) denouncing the use of any sort of checklist to indicate or confirm repressed memories of child abuse, the FMSF has endorsed a seven-item checklist to prove the innocence of those accused of abuse based on their children's recovered memories. This checklist was based off of interviews with nine parents who had been allegedly incorrectly accused of abuse; the individuals making accusations of abuse were not contacted (Pope, 1997)4. A similarly unvalidated checklist by Poole et al. (1997) was used to label 25% of psychotherapists as engaged in "potentially risky 'memory focused' approaches" (as cited in Pope, 1997)4.

3 Freyd, J. J. (2012). What about recovered memories? Retrieved from http://dynamic.uoregon.edu/jjf/whatabout.html