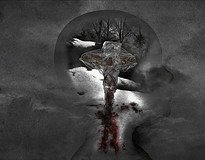 Dissociative identity disorder (DID) is the result of repeated or long-term childhood trauma, most frequently child abuse or neglect, that is often combined with disorganized attachment or other attachment disturbances. DID cannot form after ages 6-9 because individuals older than these ages have an integrated self identity and history. Trauma later in life can lead to posttraumatic stress disorder or complex posttraumatic stress disorder, other dissociative disorders including other specified dissociative disorder, somatic symptom disorders, or possibly borderline personality disorder, but DID requires an unintegrated mind to form.

It used to be thought that dissociative identity disorder is the result of a combination of self hypnosis, a fantasy prone personality, or a desire to escape and child abuse that caused a child to pretend that someone else was experiencing the abuse in their place until they were able to create an alter who could actually do that. Now, the theory of structural dissociation postulates that all humans are born as a collection of unintegrated self states that naturally integrate over time unless this process is disrupted by trauma.

Studies of children with DID have shown that alters are less differentiated and have less amnesiac barriers between them in younger individuals. It is thought that alters strengthen and become more individual as they are used more often and are exposed to more situations. This is reinforced by the differences between more developed alters and fragments.

Trauma that occurs later in life can worsen prognosis for individuals with DID.

Problems with the Theory